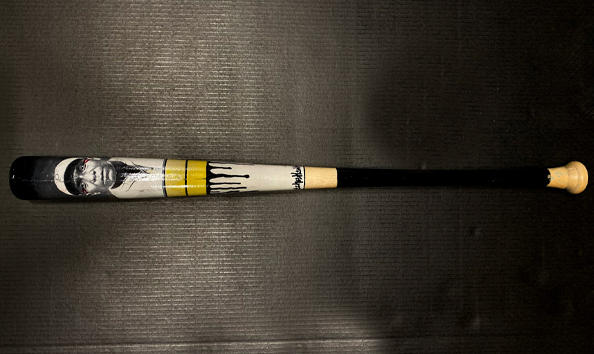 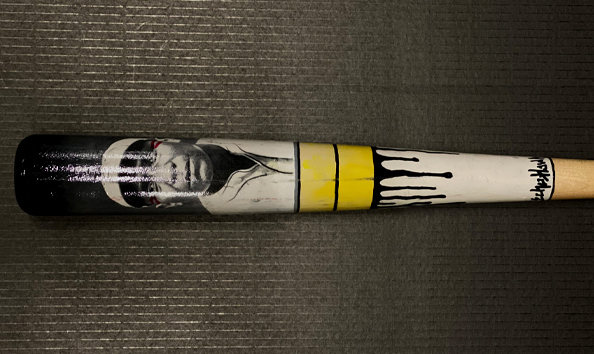 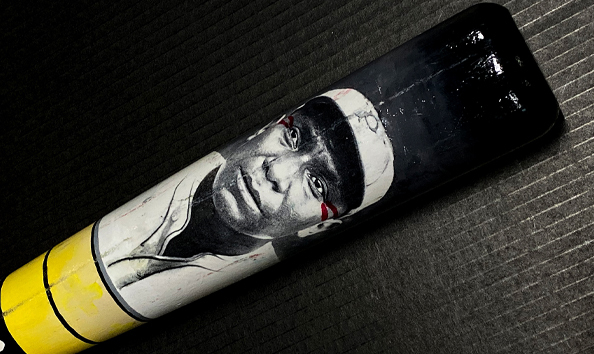 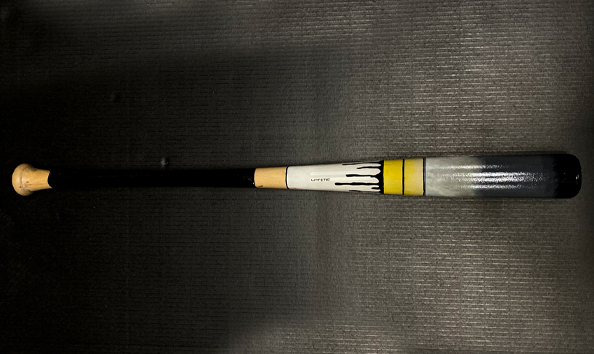 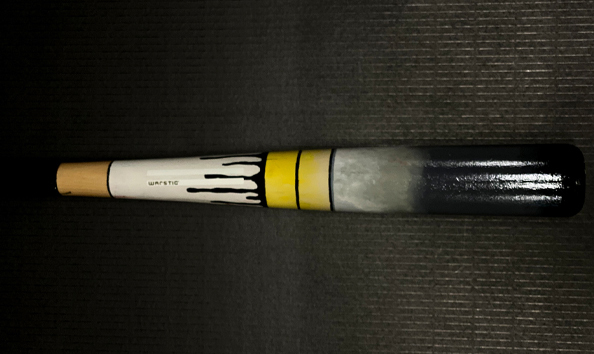 Artist Notes: "This bat is an ode to Mose Yellowhorse, who was a full-blood Pawnee who became a professional baseball player. He played for the Pittsburgh Pirates from 1921-22. The bat features team colors." - Bunky Echo-Hawk (Pawnee/Yakama)