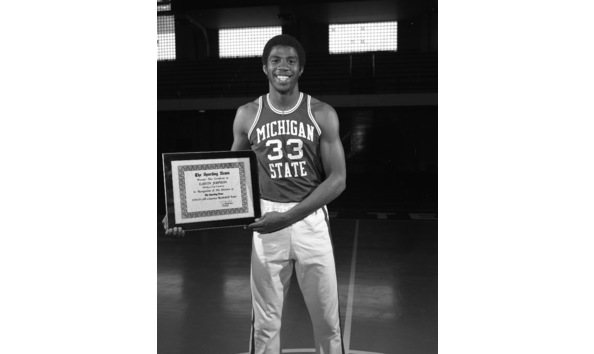 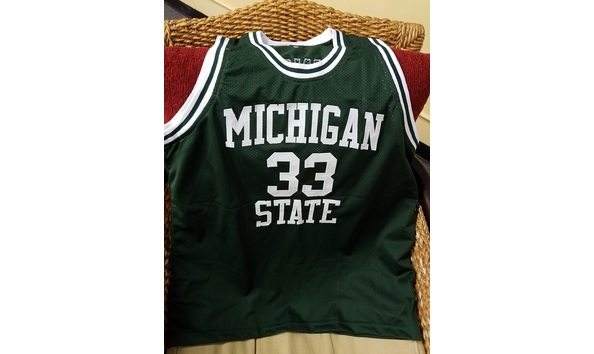 Magic Johnson played at Michigan State for two years averaging 17.0 points, 7.9 rebounds, and 7.4 assists per game as a freshman and led the Spartans to a 25–5 record, the Big Ten Conference title, and a berth in the 1978 NCAA Tournament. The Spartans reached the Elite Eight, but lost to Kentucky.

During the 1978–79 season, Michigan State again qualified for the NCAA Tournament, where they advanced to the championship game and faced Indiana State, which was led by senior Larry Bird. In what was the most-watched college basketball game ever, Michigan State defeated Indiana State 75–64, and Johnson was voted Most Outstanding Player of the Final Four. After two years in college, during which he averaged 17.1 points, 7.6 rebounds, and 7.9 assists per game, Johnson entered the 1979 NBA draft, picked 1st by the Lakers.

Winner of this bid will receive Magic Johnson's XL #33 jersey from Michigan State, plus authentication certificate.