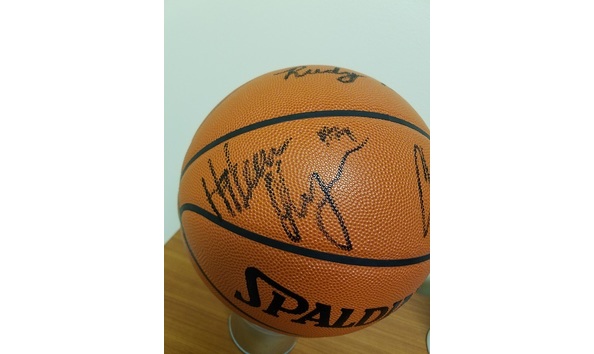 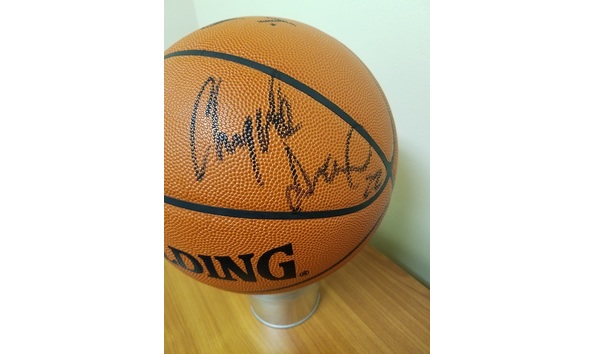 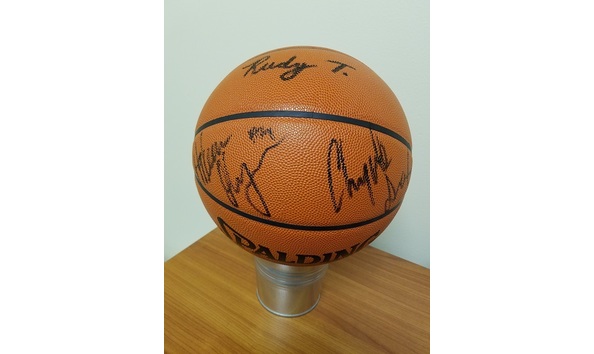 Clyde "The Glide" Drexler, #22 Portland Trailblazers and Houston Rockets. During his career, he was a ten-time All-Star and named one of the 50 Greatest Players in NBA History. Drexler won an Olympic gold medal in 1992 as part of the 1992 United States men's Olympic basketball team ("The Dream Team") and an NBA Championship in 1995 with the Houston Rockets. He is a two-time Naismith Memorial Basketball Hall of Fame inductee – scoring more than 22,000 points in his 15 year NBA career. He currently serves as a color commentator for Rockets home games.

Hakeem Abdul Olajuwon, #34 with the Houston Rockets and Toronto Raptors from 1984 to 2002. He led the Rockets to back-to-back NBA championships in 1994 and 1995. In 2008, he was inducted into the Basketball Hall of Fame. Scoring more than 26,000 points, named NBA Finals MVP twice and NBA All-Star twelve times, Olajuwon is considered one of the greatest centers ever to play the game and was nicknamed "The Dream" during his basketball career after he dunked so effortlessly that his college coach said it "looked like a dream.

Rudolph "Rudy" Tomjanovich, Jr., retired basketball player and coach who coached the Houston Rockets to two consecutive NBA championships. He was an All-Star forward for the Rockets during his playing career. Scoring more than 13,000 points, named NBA All-Star five times.  He is currently a scout for the Los Angeles Lakers.