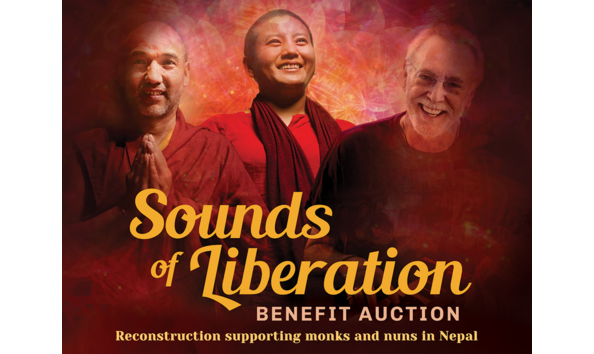 Thank you for supporting the rebuilding of Chokyi Nyima Rinpoche's monasteries and nunneries in Nepal. Four years after the disastrous earthquakes there, much remains to be done. To join this joyous rebuilding effort, you can bid on these amazing auction items, attend the concerts, give a cash donation, or simply share this auction on your social media using the hashtag, #charityauction

All the thangkas were donated by Richard Josephson. Here's his story about them, below:

Don’t forget I have a long history in Nepal. I arrived there first in 1969 and spent a year in the Himalaya. I returned to America and became a fully ordained bhiksu under the master Hsuan Hua for ten years and again... Read more