×
This is a demo auction. Only 2 bids allowed per item - Learn more. 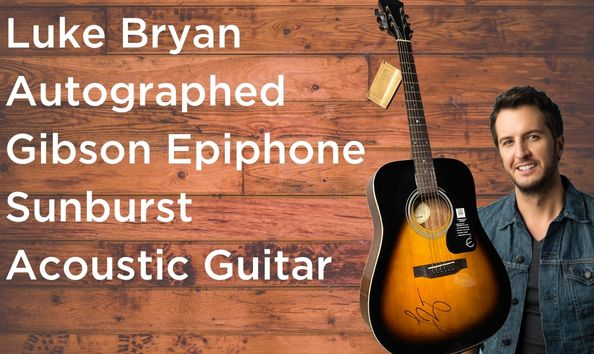 Luke Bryan is an American country singer, songwriter, and television personality. He is a five-time "Entertainer of the Year", being awarded by both the Academy of Country Music Awards and the Country Music Association. In 2019, Bryan's 2013 album Crash My Party received the first Album of the Decade award from the Academy of Country Music. He is one of the world's best-selling music artists, with over 75 million records sold. This is your chance to have your own piece of music history with this autographed Gibson Epiphone Sunburst Acoustic Guitar signed by Luke Bryan in April 2019 during the NFL Draft in Nashville, TN.