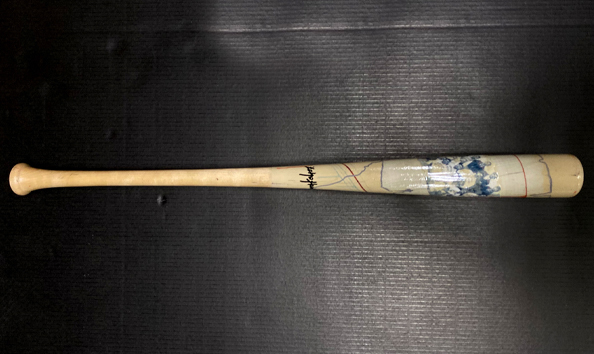 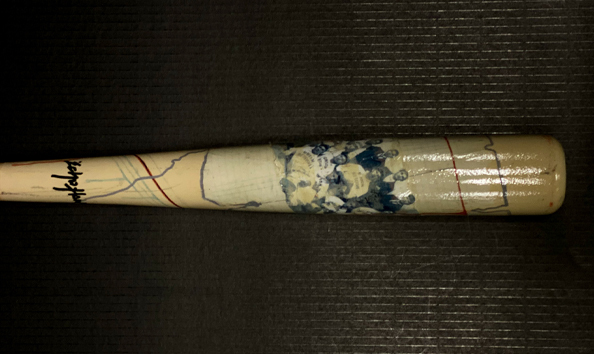 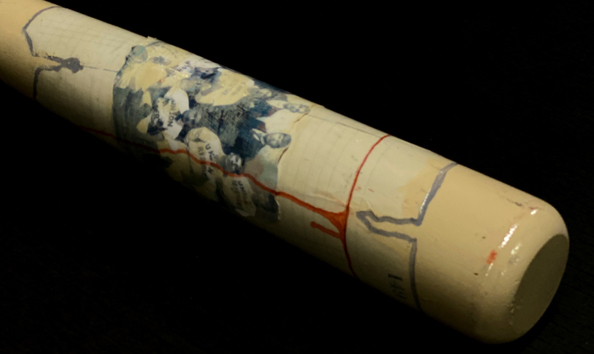 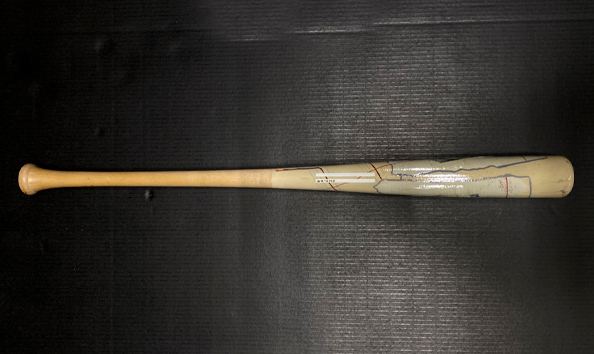 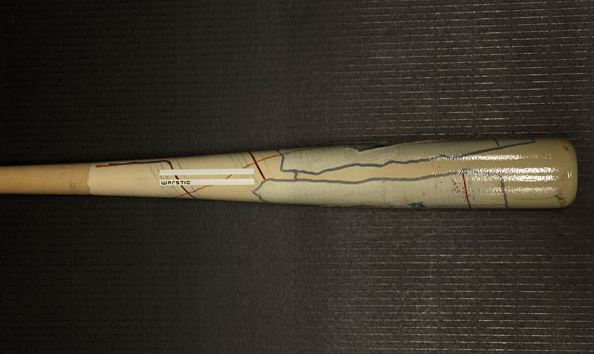 Artist Notes: "This bat features a historic photograph of an Indian Boarding School baseball team. The Indian Boarding School era was a racist, genocidal policy initiated by the US Government and implemented by various churches. The government performed a study and found that it would be cheaper to “educate” the Indian population versus killing them all. The plan was to “kill the Indian, save the man”, meaning that the goal was to whitewash the children, who were stolen from the homes and placed in boarding schools throughout the country. Many children died in custody of the schools, punished to death for singing their songs, speaking their languages, or trying to run away. Some students conformed out of sheer survival necessity, and some became well known athletes, such as Mose Yellowhorse (who “attended” Chilocco Indian School) and Jim Thorpe (who “attended” Carlisle Indian School)." - Bunky Echo-Hawk (Pawnee/Yakama)