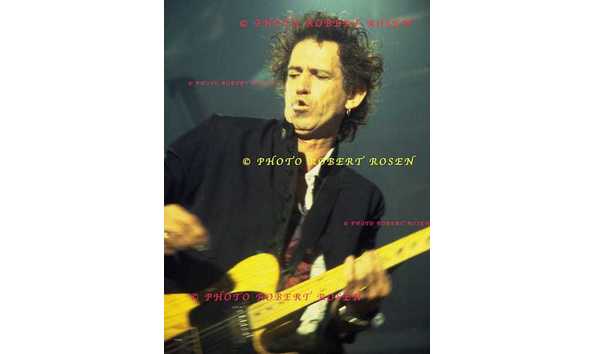 Keith Richards B. 1943 – photographed by Robert Rosen in Concert in Sydney, Australia. Richards was co-founder of the Rolling Stones in 1962. A living legend as a performer and songwriter, Richards was 52 years old at the time of the picture.

Richards He is ranked  Number #4 in Rolling Stone Magazine’s list of the 100 best guitarists. Fourteen songs, co-written with Mick Jagger, are included in the Magazine’s “500 Greatest Songs of All Time.”

Robert Rosen, born in South Africa in 1953, is a well-known fashion photographer in the United Kingdom and Australia from the 1970s until 2010.

Keith Richard (1995) photographed and signed by ©Robert Rosen. 50 x 70 cm, unframed. Will be shipped express in a hard cylinder container.