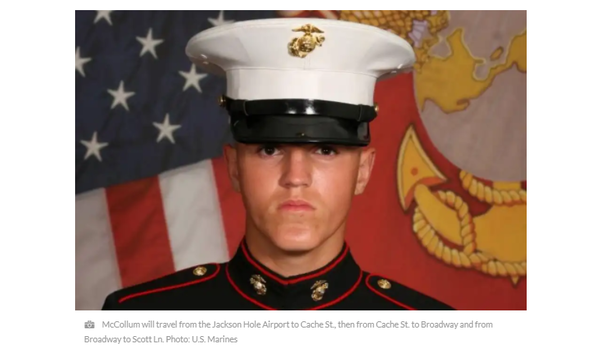 On August 26, 2021, Lance Corporal Rylee McCollum, a brave young serviceman from Wyoming, was killed in a devasting terrorist attack in Afghanistan. As we mourn the life of this local hero, we will always remember his sacrifice. On September 10, thousands of people lined the streets of Jackson, waving flags as a motorcade carrying Rylee’s remains made its way from Jackson Hole Airport into downtown. Then on September 13, just 18 days after Rylee was killed, his wife Gigi gave birth to their first baby, a beautiful girl named Levi Rylee Rose McCollum. Our hearts are heavy for the McCulloms but as you know we have an extraordinary and generous community here in Wyoming and beyond who care... Read more