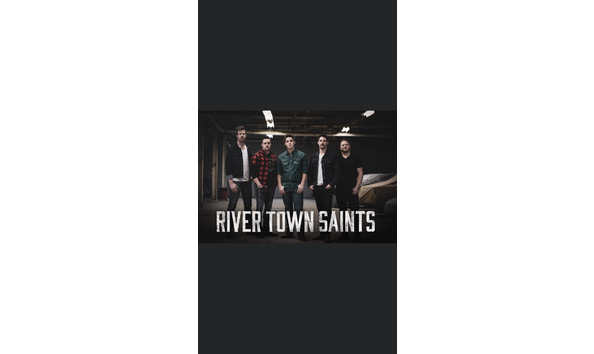 Enjoy an outdoor acoustic performance at your home or business in Ontario by the River Town Saints.  Spring 2021 dates available TBD dependent on tour dates.

Originally a 5 piece band from the Ottawa Valley, the River Town Saints have a lot to show for the last couple years, including; millions of YouTube views and Spotify streams, a top 10 hit with their single, “Bonfire”, CCMA nominations, CMAO and Canadian Radio awards, tours with Tim Hicks, Kip Moore and large-scale festivals. In 2019, the group rebranded with a new lead singer, newcomer Chase Kasner, from Kirkland Lake, Ontario, where he was raised in a large musical family. Country music runs deep in Kasner’s blood, as his grandmother Mary Bailey was an accomplished Canadian country singer, who discovered and mentored Shania Twain early on in her career. With a powerful, soulful new voice to helm the group and longtime friend Joe Patrois joining the line-up, RTS is reborn, recharged and ready

MUSICAL ACCOLADES • Bonfire debuted on Billboard at 39 and peaked at #9 • Multiple top 30 and 40 hits • Streaming: over 2 million streams each on Woke Up Like This, Little Bit Goes A Long way and Cherry Bomb • Nearly 5 million views on Cherry

All items will be distributed to winning bidders the week after closing.  For items that require collection (guitar) please contact info@gphsf.ca to arrange.   All either items will be sent electronically with confirmation details.