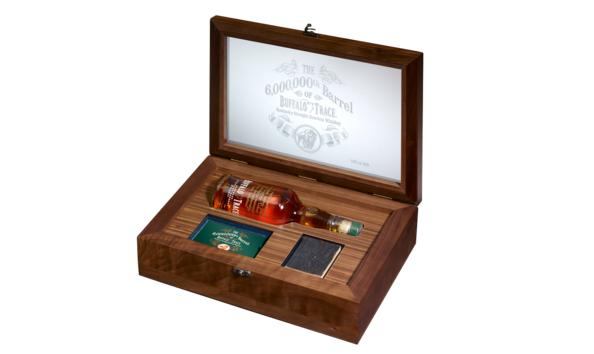 58 Strong, a California nonprofit corporation, partnered with One OC, was blessed to have won 1 out of 400 bottles of this very special one of a kind Whiskey Bourbon from the Buffalo Trace Sixth Millionth Barrel.

Each bottle from the Buffalo Trace Sixth Millionth Barrel has a beautifully handwritten description on the glass. The bottles in turn have been packaged in a numbered hardwood showcase box that includes a piece of the charred oak stave from the historic barrel and small brochure explaining the significance of this collector’s edition. bourbon has aged a full 10 years 11 months.