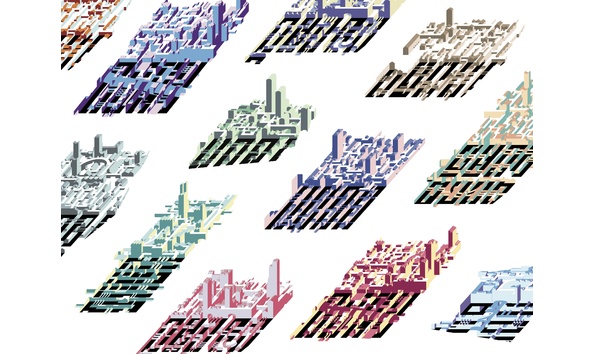 New York City is one of the greatest cities in the world, and we are fortunate to not only be a part of it, but also to be active in shaping its future. We love this city for its intensity, multi-culturalism, accessibility, diversity, efficiency, and opportunity. However, there is also an extreme disparity between private and public spaces that perpetuate a passive and persistent reduction of social communities. The threshold between in and out has been flattened to the glass curtain wall and the brick veneer.

The street level has become crowded and bewildered. Varied forms of traffic have monopolized the streetscape, while pedestrian presence has been relegated to circulation. Sidewalk life is abused by constant pedestrian flux, and persistent noise agitates its users. With sealed doors and daunting walls, buildings stand as dead ends. Their verticality demands a typical entrance sequence of street to lobby, of elevator to apartment and to office. Paired with anxiety over security, this pattern does not accommodate any impromptu circulation. Movement becomes as fixed as facades. Citywide, blocks are congested and pixelated. Manhattan’s charm and collapse is that its blocks have become undisciplined, sculpted by the disparate whims of owners and architects. Courtyard spaces, if at all accessible, are merely residual spaces organized by indifferent walls.

New York City is faced with a bleak future of imposing walls, streets, and interiors, forcing our faces ever closer to our phones and other screens as a means of escape. As an alternative to this future, we propose a network of spaces in which human scale inversely governs building scale, which in turn promotes socialization and community. The functionality of the Manhattan grid is invaluable to this pursuit and should not be compromised. Instead, our interventions revolve around the inverted space created by the grid: the city block.

Consequently, blocks are opened to the street and courtyards are carved. The street wall is extended internally, and these once leftover spaces are now places designed for public interaction. Spilling pedestrian life into the internal void of the block instills a slow-paced network that foils the accelerated orthogonal Manhattan grid. The interior texture of Manhattan is now public.

Atop the buildings, a resident-controlled, communal spatial fabric is created. Bridging between blocks produces an elevated system of connectivity and establishes a network complementary to the slow ground floor network. The traditional courtyard has been moved to the roof and expanded between blocks. Private courtyards are no longer bound by unrelated walls, but rather by the horizontal and vertical surfaces of the dwelling below and its neighbors.

We design “As of Right” buildings. As such, we are not looking to create monuments, but to redirect the perspective of dwelling, and over time influence the city. Our immediate context has a powerful impact on our well-being, and we have the ability to shape that context. We design our city while our city designs us back. As Steven Johnson said, “our thoughts shape the spaces that we inhabit and our spaces return the favor.”

The power of the NYC architect is continuously relegated to the surface of things, as our profession is dominated by numerous rules and regulations. Consequently, architecture becomes less about the fundamental qualities of living and more about the iconic expression. At ODA, we always strive to rearrange these priorities and put people first. We seek to crack the surface and explode the content, allowing more interaction and surprises. We work within the system to exploit the system. We employ its nuisances to create value that can be replicated and reinterpreted. We believe in the synergy between architect and client and the inclusion of as many parameters as possible. Our studio is a horizontal plane; we all share the same space and all opinions are heard. Design begins from the inside out: we create form from the relationships between people and their activities.