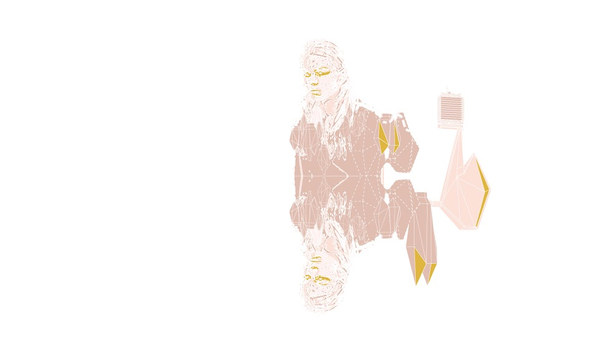 Canal Street, the Lower East Side, and Five Points hold a two-century-old history of hyper-density, cultural complexity, and environmental health hazards that have literally shaped lower Manhattan. The primary of these was the squandering of water resources through pollution in the early nineteenth century, which forced the infill and reclamation of the once picturesque Collect Pond and Canal Street's namesake waterway.

Taking its departure from local history as well as global challenges, the project considers possible shifts in New York City as water hyperinflation begins, caused by freshwater shortages from infrastructural and environmental failures.

The shock of global dehydration epidemics coupled with local water disruptions creates a climate of fear in the city. The relative stability of New York City's water system fuels a rapid neo-urbanization, driving the city's population to double in a mere decade. In this anxious climate, the city's collective water resources become increasingly precarious.

The most affluent begin to build large cisterns beneath their buildings to ensure their own water security. The growth of this illegal construction quickly capitalizes a few leaders in geotechnical industries, displacing significant wealth and creating a new water oligarchy. The oligarchy constructs massive cisterns that penetrate deep into the bedrock, some as low as 1000 feet below the surface with capacities to fuel a hundred city blocks for months. These cisterns further destabilize New York City's water system and secure the oligarchy as the primary supplier of water to the general population. The people and culture that surround this water market becomes known as the “R-Horizon,” named after the geological description of the deep bedrock layer that their cistern infrastructure occupies.

As costs rise, a network of smaller ad-hoc cisterns also emerge, occupying building cellars and other existing subterranean spaces. A direct, peer-to-peer water market forms around this network, which tempers the water oligarchy and stabilizes a growing middle class. This strata collectively becomes known as the “B-Horizon.”

The economic forces that once drove Manhattan's architecture skyward now drive it deep into the Earth. The frequent power failures of the overburdened electrical system force a vertical migration. High-rise residents flee the frequent dry-outs. As the street level becomes overburdened, the elite begin to move further underground, making its cavernous spaces (spectacles in their vast structures and ornamental construction) highly desirable. The value of concealment in the literal and figural underground becomes the driving aesthetic of urban life.*

Bureau V designs architecture and experimental projects ranging from cultural and commercial buildings to performances, installations, objects, and events. “Easily one of the most exciting and eclectic young design firms working in New York,” Bureau V was founded in 2007 and is led by three partners, Stella Lee, Laura Trevino, and Peter Zuspan.

Bureau V's clients and collaborators have included cultural institutions such as National Sawdust and the Montello Foundation, as well as artists and designers such as Assume Vivid Astro Focus, Early Morning Opera, Arto Lindsay, and Mary Ping.