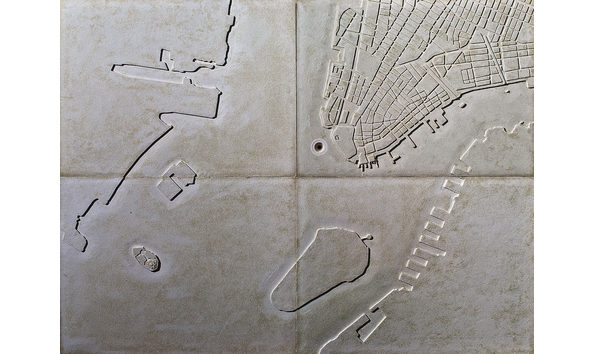 1
To reflect on the word "common" results in a twofold critical knowledge: one of the paradigms of our contemporary culture (microhistory), and one of the paradigms of Western culture (macrohistory). In other words, we cannot ignore the twofold epistemic structure of "form." There is the plane of presence, the visible world, and there is the plane of absence, the cosmos of invisible forces; the "images." Form is always visible; it belongs to the ambit of particulars and distincts. Image is always invisible; it belongs to the universal ambit of the indistinct. The indistinct shapes the distinct. Therefore, the structure of form is founded on a non-dissoluble tie: the detail (that which is not common) is always tied to something universal (that which is common).

However, the paradigm of contemporary culture breaks this tie (makes us think that it breaks it): form becomes the mere envelope/wrapper of a presence dominated by individual arbitrariness. For this reason, and for quite some time now, form is no longer the common place where the individual makes an effort to encounter the universal (the invisible iconological forces), but instead has become the place where the violence of architectural languages is the expression of arbitrary insignificance.

The technical and scientific knowledge upon which the contemporary paradigm is founded "believes" – and this is the violence imposed upon Architecture – that it has broken the (in any case indissoluble) tie between the particular and the universal, between the dominable and the indomitable. Believing to have broken the tie is the presumption that forms the base of the violence of contemporary architectural language.

2
The project, situated at the southern tip of Manhattan, reflects upon the cultural crisis of our times through two parameters: the geohistory of the place, and the epistemic relation between interiority and indomitability and between absence and invisibility.

The geology of the bottom of the Hudson River reveals a history that anticipates the future. The strategic point of entrance in 1800 was controlled by four forts that corresponded to four islands: Castle Williams on Governor's Island, Fort Wood on Liberty Island, Fort Gibson on Ellis Island, and Southwest Battery Island (then a rocky islet 300 yards from the Manhattan coastline). Those places later became obligatory points of passage for millions of immigrants coming to the New World. Now, Castle Clinton houses the ticket office for the Statue of Liberty.

The Statue of Liberty now represents an absent value that, in any case, belongs to thought. That's why the project is sunk into the waters of the Hudson, forming a circular cavity that sucks up the absence of a past that migrates from history to metaphysics. Its hollow shape alludes to the invisible forces that transited there before, through visible bodies. Presence drops into the void, attracted by the power of the spirit – our spirit and that of all things. It is architecture dedicated to the edification of "singularity," of the community.

3
The title InvisibHole derives from the number 01 (assigned by the organizers), but it translates the binary language of the digital world into the analogical language of the formal world. It not only indicates the hole in the water in a direct way, but also has phonetic similarity to the phrase “All One.” It is a metaphor where "everyone" and "one" refers at the same time to individual singularity and to the singularity of a community.

Renato Rizzi graduated from the University of Venice, IUAV, in 1977, with a degree in Architecture.

From 1984 to 1992, he began working in New York with Peter Eisenman on projects including the La Villette in Paris; the new headquarters of Monte dei Paschi in Siena; the Opera House in Tokyo, and recently, in 2008, the "Research Tower" in Padua. He has participated in numerous international competitions in places such as New Zealand, Warsaw, Berlin, Barcelona, ​​Wellington, Copenhagen, and Krakow. In 1992, he was awarded the National Award in Architecture and in 2003, he received an honorable mention for the Gold Medal for Italian Architecture. His list of accolades include the Gold Medal for Italian Architecture of the Milan Triennale, the Landscape Award of the Council of Europe in 2009, and an Honorable Mention for ADI’s Compasso d'Oro for the House of Art Futurist Fortunato Depero in 2011. Rizzi has also exhibited his works at the Venice Biennale of Architecture in 1984, 1985, 1996, 2002, and 2010.

After working for about a decade with Peter Eisenman, he returned to Italy to devote himself to teaching, design, and theory, and he has lectured at Harvard and in Cairo, La Plata, and Auckland.