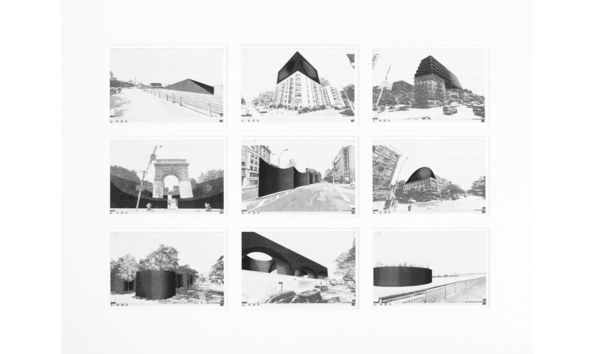 "A City for the Newer Age" by Leong Leong

NEWFAR proposes an unthinkable shift in the value of space, challenging citizens to imagine how the latent potential of the real estate market could be translated into unforeseen social capital. In an inconceivable twist in the history of New York’s real estate market, unused slivers of FAR (floor area ratio) are aggregated and redistributed as NEWFAR, creating a constellation of shared spaces in the form of fantastical communal typologies for collective urban life. The first nine programs include a forum, apothecary, sound bath, rehabilitation center, sleep room, bathhouse, kitchen, spiritual cave, and floating garden. While each typology is designed for a simple activity such as eating, healing, playing, or reflecting, their shapes remain ambiguous and reveal the latent potential of the market in the form of an alternate neo-cosmopolitan reality. NEWFAR explores architecture's capacity to connect the individual to the collective through scaleless forms and their organization throughout the city.

Leong Leong was established in New York in 2009. The studio’s interests are not defined by a particular project type, but by the potential to create environments and artifacts with cultural resonance. Over the past several years, the studio has been increasingly focused on projects that inhabit the blurry boundary between culture and commerce, public and private, figure and field, domestic and monumental, diagram and effect. The studio has completed projects in New York, Los Angeles, Tokyo, Hong Kong, Seoul, Venice, and Napa Valley. Leong Leong’s work includes a wide range of project types, including buildings, interiors, exhibitions, and furniture. In 2011, Architectural Record magazine featured Leong Leong as one of seven emerging architecture firms from around the world in their annual “Design Vanguard” issue. Leong Leong was a finalist for the MoMA PS1 Young Architects Program, and was awarded a grant by the New York Council of the Arts. In 2010, the American Institute of Architects selected Leong Leong for its “New Practices” award. The firm’s work has been featured in The New York Times, Wallpaper, Surface, Monocle, Dwell, CNN, Interior Design, Detail, A+U, Architect, Architectural Record, Pin-Up and other international press outlets.